Renoir had an amazing life. Having competed with Rod at the Westminster Kennel Club in 2007, he then went to experience life as a European gigolo at the Ayrzol kennel in Denmark for 2 years. Producing many fine offspring while in Scandanavia, he earned his Danish and Swedish championships before returning to the U.S.

Upon returning, he went to live in New Hampshire with our dear friend Jeannette Nieder and the two of them accomplished his Grand Championship and enjoyed representing the breed at local shows. Renoir and Jeannette were also Best Veteran in Sweepstakes at the STCA National Sweepstakes in 2014.

On Christmas Day 2016, he passed away in his sleep while next to Jeannette. He was dearly loved. He was a happy boy. He is sorely missed by all who had their lives touched by him. 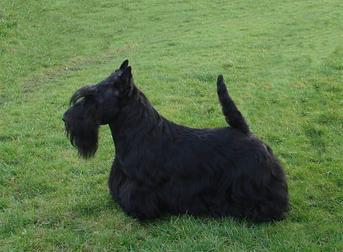